I finished cutting out the pieces of the skirt. I've got two sparkly on black, three green and three plain black. I've started zigzag stitching around the outside of the pieces and then I'll (finally) start sewing them together.
On the knitting front, I added up how many pairs of socks I'd like to knit between now and Christmas and it came to something like 14 of which I have three done. That's in addition to sweaters, mittens and various other knitted things. There may have to be a serious culling of the list or the relegation of some projects for after Christmas. Buddhist monks don't particularly care if they get anything right at Christmas so there's a couple of things I can put off right there. Meanwhile, I keep thinking of more things I want to make! Where does it ever end?!
Posted by Lucy at 2:24 PM 9 comments:

So Much of Sewing Isn't Actually Sewing!

So, I've started to machine sew, something I've said I'd never do. It started out with two things. One, a friend gave me a sewing machine and, two, one of the monks at the zen center asked me to mend a badly torn work coat of his (apparently if you knit, people assume you can sew). I was going to hand sew the monk's coat but the tears were so extensive that I decided to try out my new machine. And, what do you know? I liked it! I'd done some machine sewing before but always on my mother's sewing machine in her apartment which was awkward and inconvenient and I never really got into it. Meanwhile, eight months ago, I'd volunteered to sew a belly dancing skirt for Doria for a birthday gift. We got all the fabric and trim and there it sat. Then along comes this sewing machine! Having my own machine somehow makes all the difference. So now I'm sewing. Well, not actually sewing.
Today, I ironed. First the pattern, 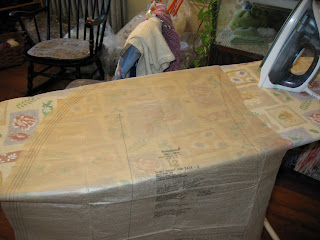 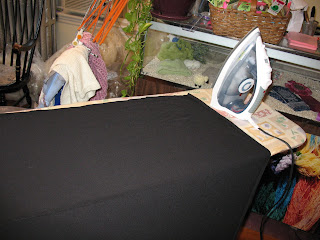 Then I laid out the fabric, 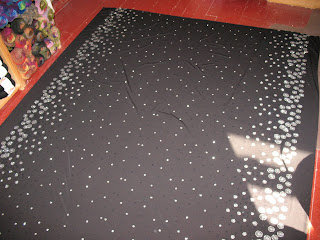 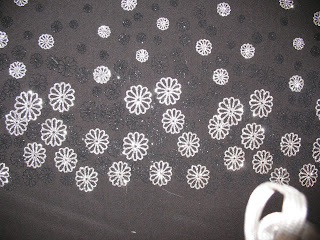 laid out the pattern, 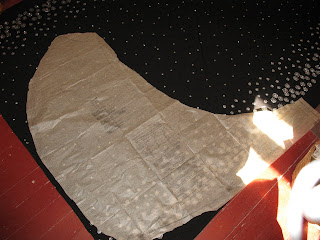 found the straight of the grain (very important), 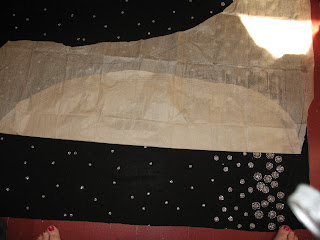 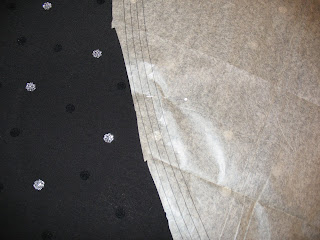 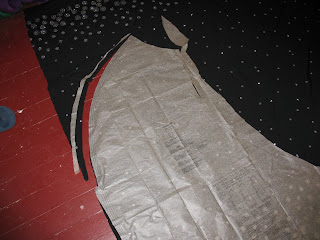 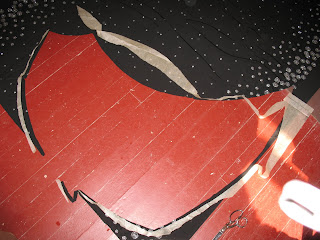 Now I just have to repeat this process for the other seven sections of the skirt and then I'll be able to sit down at the sewing machine and actually sew!