Right now, I'm in the process of getting the shop organized so that I can go on ten days of retreat, a heavy duty retreat too. This is a no talking, no contact with the outside world, get up early, go to bed late, meditate all day kick in the spiritual ass. I'm finding that part of the process of the retreat is letting go of control over everyday life, in my case, the shop. I am currently madly writing up all kinds of lists and instructions so that the people covering for me will be able to do a good job and not curse my name for leaving them without enough info. The bottom line, though, is that I'm not going to remember everything, the people who run the shop for me are going to do things differently than I would and there's not a damn thing I can do about it. It's all part of the practice. AND IT'S REALLY HARD! I guess that's why they call it practice.
On to knitting! Wait, that's right, I knit! Sometimes I forget. I've finished all the pieces of my new niece's little cardigan which she won't fit into for a while yet. Now I just have to sew up the pieces and put the band on. That's not going to happen until I have a few more brains to do it with. No idea when that will be.

Vacation Day 5-The Castle
So, what did it take to get my friend Jess to move all the way out to California? A chance to live in a castle! 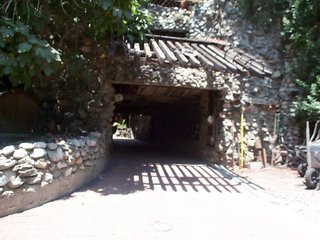 This is an actual castle built by a guy who only used things that were found or donated. There was a book about it which you can check out here. It is a huge complex that now has a bunch of apartments in it. Jess lived in this one. 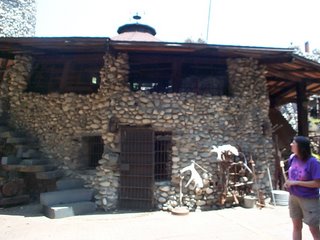 She became known as the Princess of the Castle. She even had a pointy princess hat with a veil that she would wear when school groups came through. 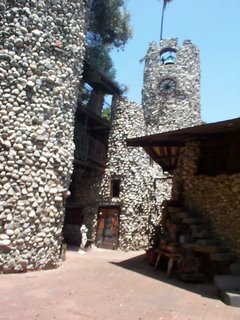 Everywhere you looked there was something else to see. 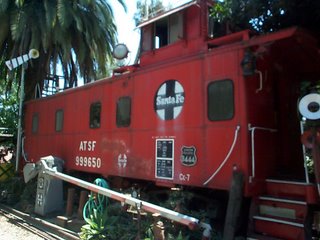 This caboose is the guest house! 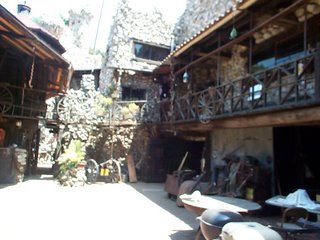 It was a bit overwhelming but extremely cool!

Later we went out for dinner at a really nifty restaurant. They had fish tanks everywhere! This big fish was named Oscar and had been at the restaurant for 30 years! 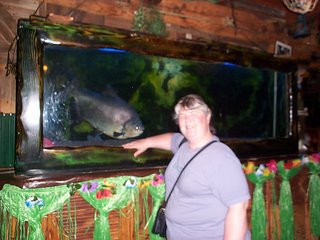 Sorry that the picture isn't better. The amazing thing was that the fish were so friendly. They really seemed to like your attention.

Tomorrow I will wrap up the vacation wrap up! Have a great weekend everyone!

remember that when people watch the shop, the kimberly discount and the melissa mark up usually balance out. it's awesome that you have the chance to get away- the shop will be fine, and will welcome you back when you're spiritually ass kicked.

I've got to refer The Famous Kate here so she can chortle along with me at the thought of a spirit having an ass.

leads to so many questions. maybe meditate on what one could do with a spirit ass. could you sit on it? if it farted when no one was around, would it make a noise? would it still stink? would you have to sit on a spiritual can, or would it then, truly, be a throne? or perhaps spiritual ass doesn't perform such vile functions. then would the spirit still think it was funny when someone says "load?"