Warning: Extreme Cuteness!
In my continuing attempt to get caught up, I give you The Fairy Princesses! (a.k.a. my nieces). 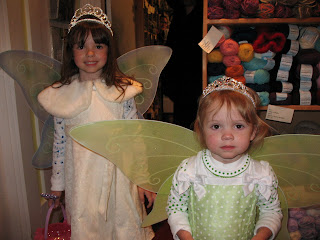 My older niece has always been very photogenic, a rare thing in my family. You say "Smile!" and she looks at the camera and smiles. 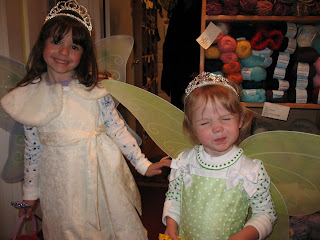 My younger niece, not so much. 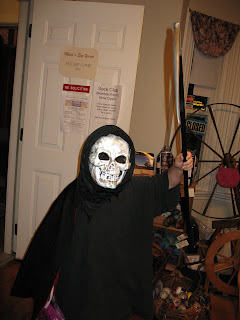 Here's Little Nephew dressed up as Death. He was pretty scary! You'd never know he was wearing an old Van Halen t-shirt of mine inside out as part of his costume. It was apparently the only black t-shirt in the house. 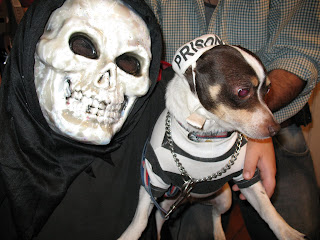 They brought the dog, Milo, along dressed as a hardened criminal. I think my brother went as his parole officer. 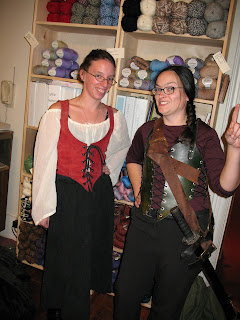 And, finally, we had some grown up trick or treaters. Here are Annie and Regina in their pirate garb. They were headed over to a party and stopped in to say hi.
Posted by Lucy at 11:56 AM

The cuteness slays me. And how did those baby nieces and nephew grow so tall? Mine are doing the same thing--Can you believe that Abey the baby is 3-1/2?